An epitaxial heterostructure of a perovskite and rocksalt is stable up to 1,100 °C in air. Based on mechanistic and computational analyses, hundreds of potential cubic oxide pairs with similar properties are identified for applications in nanophotonics.

What is structure-color and why is it important?

In the natural world, nanostructures play a key role in determining color and appearance. Take for example the iridescent colors of nacre (see Figure 1), a common mineral found inside the seashells of mollusks. Nacre is made from stratified layers of CaCO3 and organic polymer, producing a thickness-dependent optical interference effect that results in a beautiful palette of colors. Beyond scientific intrigue, naturally occurring structure-color effects like the one observed in nacre have long motivated the design of new optical and electronic technologies, especially in an age in which finely tuning nanostructure morphology can be readily accomplished.

We implement structure-color effects to manipulate the flow of heat.

In our work, well defined structure-color effects guided the design of a nanostructure containing stratified layers of two oxides, magnesium oxide (MgO) and barium zirco-hafnate (BaZr0.5Hf0.5O3 or BZHO). However, unlike nacre, the repeating layers are much thicker, allowing us to manipulate longer, infrared wavelengths. The infrared is the spectral range in which heat (in the form of electromagnetic radiation) is emitted from objects. Therefore, the nanostructure serves as a way to alter the thermal emission spectrum of hot objects, controlling how much heat can flow.  This can have significant impacts on a range of technologies, such as thermal photovoltaics (TPVs), which generate electricity from the infrared light emission of hot objects (compared to visible light emission from the sun in solar photovoltaics). We envision that our MgO/BZHO nanostructure can be paired with a thermal emitter in TPV systems to beneficially manipulate the flow of infrared light, leading to more efficient electricity production. This is schematically depicted in Figure 2.

We show a pathway to overcome the degradation of nanostructures at high temperatures.

The main challenge we addressed in this work is the ubiquitous degradation of nanostructures at high temperatures in air. These are the operating conditions in which this technology can have the highest impact. However, once a nanostructure loses its morphology, so does it lose its ability to control heat and light. To overcome this, we introduced the concept of immiscible, refractory oxides as building blocks for high temperature nanophotonics. MgO and BZHO were carefully down selected because they satisfy a series of design rules, in which each rule was set in place to overcome a common high temperature failure mode such as melting, chemical oxidation (i.e., iron to rust), interlayer mixing (i.e., diffusion), etc.

After settling on MgO and BZHO, we followed this simplified process flow: computationally design → grow structure → characterize optical properties and stability → repeat. An example of the thermal characterization is depicted in Figure 3, which shows cross sectional transmission electronic microscope images of an interface between a MgO and a BZHO layer, before and after annealing at 1100 °C in air. Despite the extreme annealing environment, the crystal structure remained intact with no signs of degradation. More about the high-temperature thermal and optical characterization can be found in the main manuscript.

The end result was a MgO/BZHO nanostructure that can survive up to 1100 °C in dry air (a 500 °C improvement over similar photonic structures), while overcoming high temperature instabilities to offer tunable control over thermal emission. Our models suggests that by leveraging this structure, a 20% efficiency improvement can be obtained in TPVs with a 1500 °C emission source.

To further improve the high-temperature operating limit past 1100 °C, we developed a materials screening algorithm to search for immiscible refractory oxide pairs that satisfy our design rules. The open-source code shows that there are >103  candidates that be used for high-temperature nanostructures which can leverage structure-color effects. 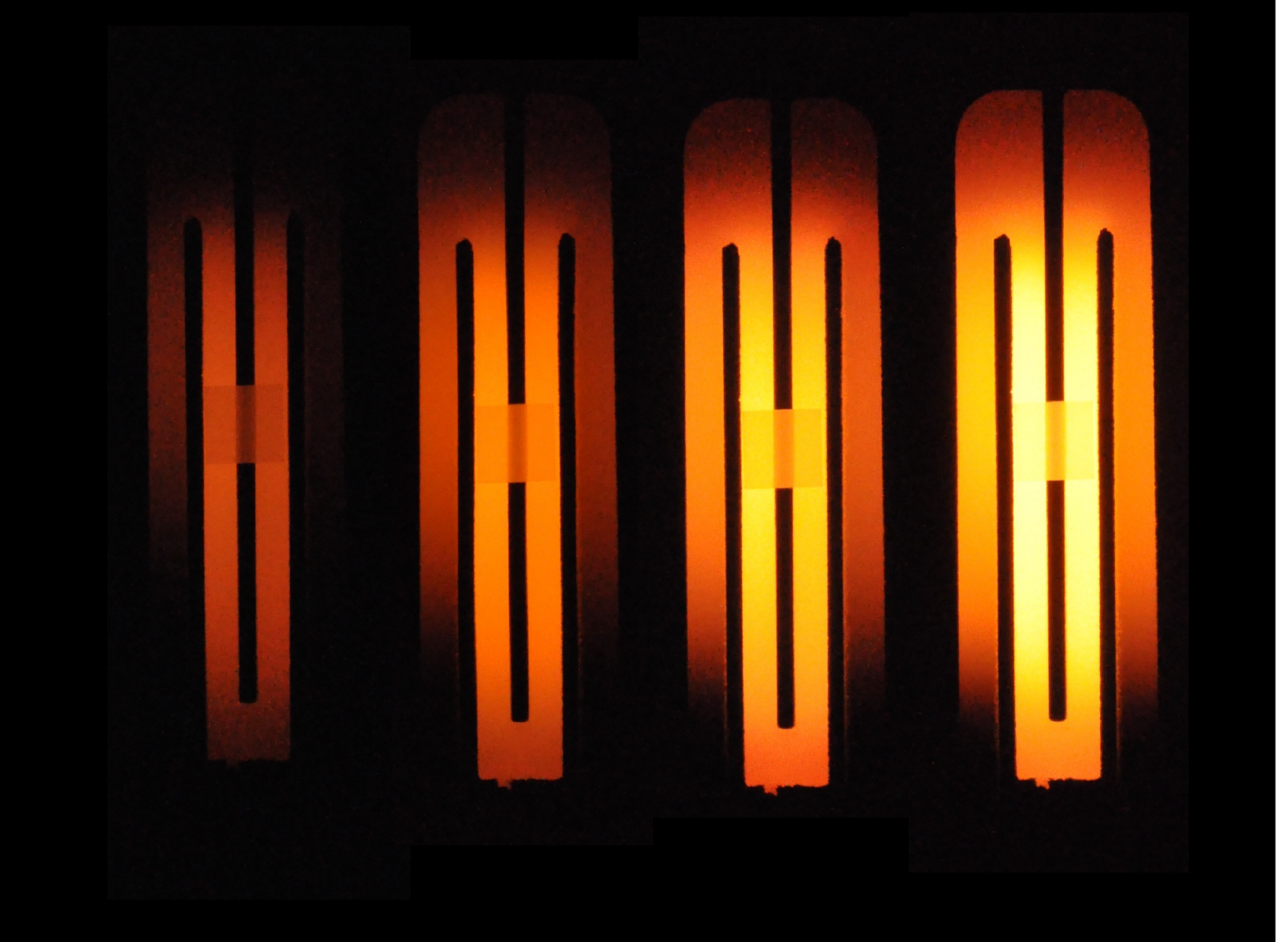