A giant second-order nonlinear conductivity was found in graphene moiré superlattices, which originates from the skew scattering of chiral Bloch electron.
Pan He
Associate Professor, Fudan University
Follow
Like Be the first to like this
0

Graphene has a centrosymmetric crystal symmetry, which prohibits second-order effects in transport experiments. Yet, giant second-order nonlinear transports can emerge in graphene moiré superlattices at zero magnetic field, originating from the skew scattering of chiral Bloch electrons in the superl…

Graphene, the first discovered two-dimensional crystal, has attracted intense research interests ever since its debut. However, its centrosymmetric crystal symmetry prohibits the second-order effect. When graphene and hexagonal boron nitride (hBN) are placed into heterostructures via the van der Waals (vdW) interaction, the inversion symmetry of graphene becomes broken, leading to a bandgap opening and valley-contrasting physics. Furthermore, the small lattice mismatch between graphene and hBN generates a long-wavelength moiré superlattice when rotationally aligned.

In our recent work, we report a giant second-order nonlinear electric transport in monolayer graphene-hBN moiré superlattices under time-reversal symmetry, whereby a second-order nonlinear conductivity of up to 10 µm Ω-1 V-1 is measured - five orders of magnitude larger than the reports in non-centrosymmetric low symmetric crystal WTe2 [Ma, Q. et al., Nature 565, 337 (2019); Kang, K. et al., Nature Mater. 18, 324 (2019)], whereby the second-order nonlinear Hall effect was observed under time-reversal symmetry. In our work, the inversion symmetry breaking of graphene is achieved by interacting with neighboring hBN in a vdW heterostructure. Although the insulating hBN has been proved to be an appealing substrate for graphene with inducing an inversion symmetry breaking, the possible consequence on second-order nonlinear transports has not been explored till now. Unlike an optical second-harmonic generation (SHG) study, which has difficulty in distinguishing the signals from graphene and bulk hBN in the heterostructures, the second-order electric transport has no contribution from the insulating hBN layer and thus makes the evaluation of nonlinear conductivity in graphene possible.

In addition to the observation of a giant nonlinear conductivity, we demonstrate the nonlinear effect is highly tunable with chemical potential, ambient temperature, as well as stacking configuration in the graphene-hBN vdW heterostructures. When rotationally aligned, hBN modifies the electronic properties of graphene with moiré superlattices, inducing the secondary Dirac point. Importantly, we found the nonlinear conductivity is greatly enhanced in the moiré bands. Other than WTe2, where the reported nonlinear Hall effect arises from Berry curvature dipole (BCD) [Sodemann, I. et al., Phys. Rev. Lett. 115, 216806 (2015); Ma, Q. et al., Nature 565, 337 (2019)], graphene-hBN heterostructures have zero BCD due to the three-fold symmetry. Our combined studies of experiment and theory allow us to identify skew scattering as the predominant mechanism, which results from the chirality of Dirac fermions [Isobe, H. et al., Sci. Adv. 6, eaay2497 (2020)]. Skew scattering supports the important observation of a longitudinal nonlinear conductivity in our work, which is not observable in the BCD induced nonlinear transports. Thus, the study of longitudinal nonlinear response can distinguish the origin of nonlinear transports. However, its experimental observation under time-reversal-symmetric conditions is still lacking. It is interesting to note that the longitudinal nonlinear transport has been widely studied under broken time-reversal symmetry. Nevertheless, it is not necessary to break time-reversal symmetry for a finite second-order response from scattering. It could arise from a skew scattering process, as demonstrated in our work, which reflects the quantum wave functions through the chirality. It applies to a wider class of materials as compared to non-zero BCD systems, which show strict symmetry restriction. Skew scattering owns a high-order relaxation time dependence, and manages to achieve giant nonlinear responses in high-mobility quantum materials. This work demonstrates the first nonlinear charge transport due to valley-contrasting chirality.

Our work also opens up a new direction for realizing giant second-order transport effects in centrosymmetric materials by integrating them into heterostructures. It stimulates explorations of nonlinear transports and nonlinear high-frequency effects in various vdW heterostructures, whereby the inversion symmetry can be flexibly tailored to yield a range of potential applications, such as frequency doubling and energy harvesting via high-frequency rectification effect. A large family of available vdW crystals can be readily utilized to generate a new class of vdW heterostructures with inversion symmetry breaking in either lateral or vertical directions by stacking their atomically thin crystals. Moreover, the degrees of freedom unique to vdW heterostructures, including the interlayer rotation degree and interlayer spacing, are useful experimental knobs to manipulate the nonlinear transports. Furthermore, new horizons appear in tailoring the nonlinear responses by the external magnetic field, strain and artificial defects.

For more information, please check out our recent publication in Nature Nanotechnology: 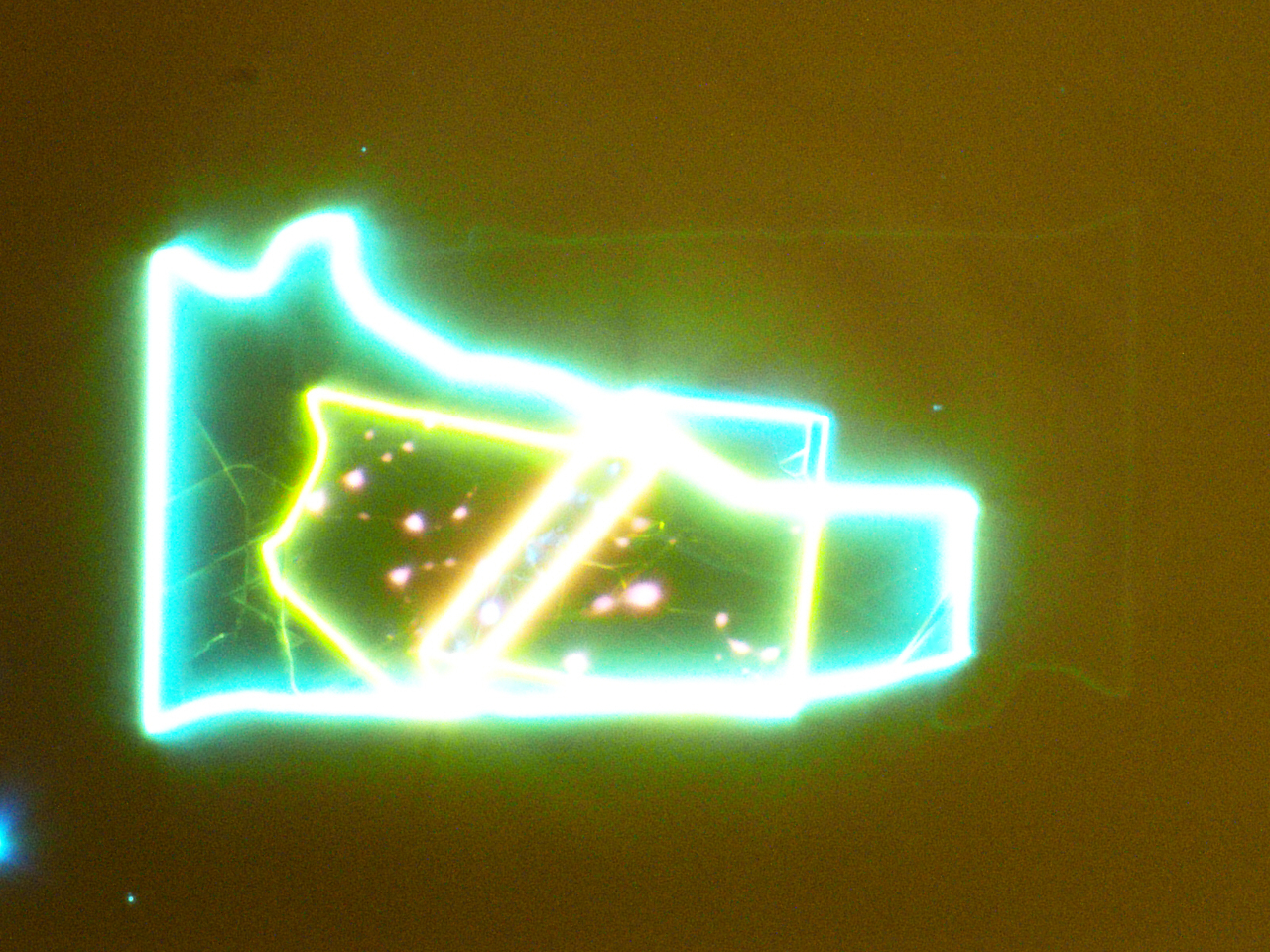 A giant second-order nonlinear conductivity was found in graphene moiré superlattices, which originates from the skew scattering of chiral Bloch electron.