Two-dimensional (2D) van der Waals (vdW) materials have been extensively studied in the last two decades, but mainly focusing on their mono- or few-layer forms. Perfect multilayer single-crystal vdW films, which integrate the properties of monolayers and bring new properties beyond monolayers, have never been demonstrated. Such unsuccessful synthesis of large vdW single crystals is ascribed to the weak interaction between neighbouring layers, which distinguishes the vdW materials from covalently bonded materials in their synthesis.

Take solid carbon as an example, the two famous allotropes of pure carbon are diamond and graphite. Atoms in diamonds form a stable tetrahedral structure with vigorous sp3 orbital hybrids bonded to their four nearest neighbours. This kind of structure forces every atom to be arranged into a close packing style, holding the powerful stiffness of the entire diamond. Therefore, large diamond single crystals can be found in natural minerals and also grown artificially in laboratories. In contrast to diamond, the atom in graphite form sp2 orbital hybrids bond in the in-plane direction; in the out-of-plane direction, the vdW interaction takes into position to connect each layer. The vdW couplings are naturally weak and thus set lots of blocks in the synthesis of single-crystal graphite. This difficulty makes large graphite single crystals unavailable either in nature or in laboratories, even though the graphite industry has developed for nearly a century. Currently, the quality of the widely used graphitic materials, such as kish graphite, highly oriented pyrolytic graphite (HOPG) and natural graphite, is far from satisfactory for many high-end applications. Thus, an effective approach to obtaining high-quality centimetre-scale single-crystal graphite is eagerly desired.

Recently, a research team led by Prof. Kaihui Liu, Prof. Enge Wang and Prof. Dapeng Yu at Peking University in China and Prof. Feng Ding from the Institute for Basic Science in South Korea demonstrated centimetre-scale high-quality single-crystal graphite growth. They proposed a nontrivial isothermal dissolution-diffusion-precipitation (IDDP) strategy based on the step edge-guided epitaxy on a high-index Ni surface to successfully produce single-crystal graphite. In this design, carbon atoms from the solid carbon source will isothermally dissolve into and then diffuse through the metal foil, finally precipitate on the opposite surface of the metal foil to form graphene layers continuously (Fig. 1). In the experiment, the single-crystal Ni foil was pressed against the solid carbon source to achieve an intimate contact. The growth was performed at 1,300 ℃ followed by an ultra-slow cooling process, finally achieving the fabrication of wafer-scale (~2 × 3 cm2) high-quality single-crystal graphite films with thicknesses up to 100,000 graphene layers. It is worth noting that the growth will not reach a saturation point for a long time, indicating the continuous growth of graphite has been approached.

Plenty of characterizations have been carried out on the obtained graphite to evaluate its intrinsic properties. The epitaxial graphite films demonstrate high single crystallinity, including ultra-flat surface, centimetre-size single-crystal domains and perfect AB-stacking structure. The exfoliated graphene shows excellent physical properties, such as the high thermal conductivity of ~2,880 W m-1 K-1, intrinsic Young’s modulus of ~1.0 TPa and low doping density of ~2.2 × 1010 cm-2. It is found that the crystallinity quality of the obtained epitaxial graphite is orders of magnitude higher than that of the standard calibration graphite wildly used in surface science, i.e., HOPG, and other kinds of graphite (Table 1). Mechanism investigation revealed that the growth of each single-crystal graphene layer is realized by the step edge-guided epitaxy on a high-index Ni surface, and the continuous growth is enabled by the IDDP of carbon atoms driven by a chemical potential gradient between the two Ni surfaces. The isothermal growth ensures that all graphene layers are grown at an optimal condition and, thus, stacking disorders or stress gradients in the final graphite can be avoided.

The high-quality single-crystal epitaxial graphite film will likely attract broad interests in both fundamental research and cutting-edge applications. The epitaxial graphite has a high potential to replace HOPG as the best artificial graphite for scientific research very soon (several groups are using this epitaxial graphite in novel nano-device fabrication, surface science research and advanced energy applications). In recent years, the synthesis of single-crystal 2D materials has moved from the first stage, the synthesis of large-area monolayer single crystals, to the second stage, the thickness-controllable growth of bilayer and few-layer single crystals. One would suppose that the third stage, the synthesis of thick single-crystal vdW materials, is just around the corner now, and this pioneered work will enrich our toolbox in growing 2D materials for real applications. 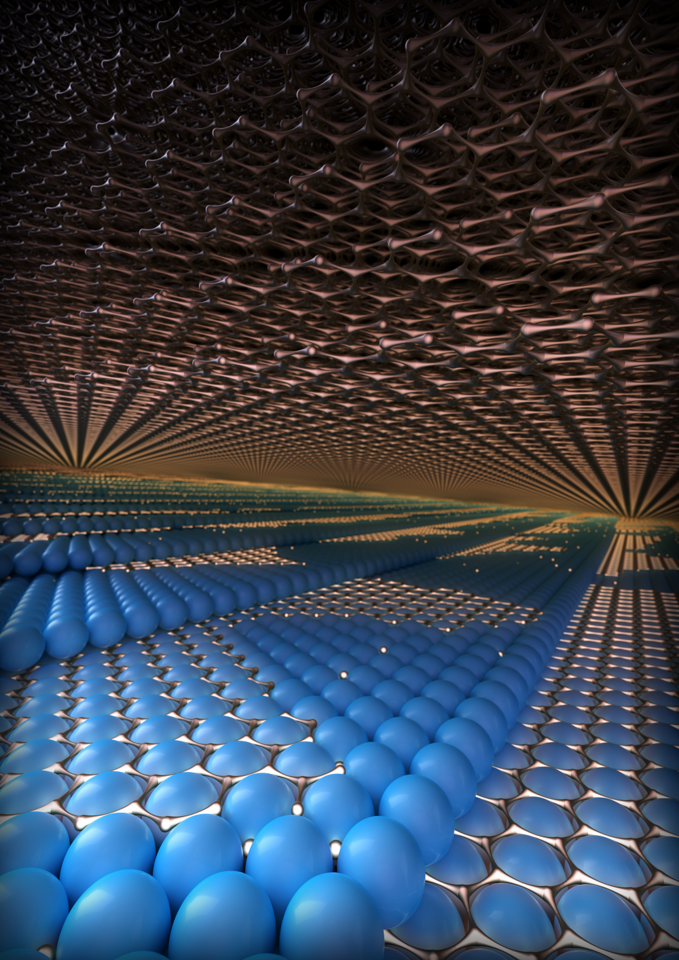